Girne (Kyrenia) and the Bellapais Abbey 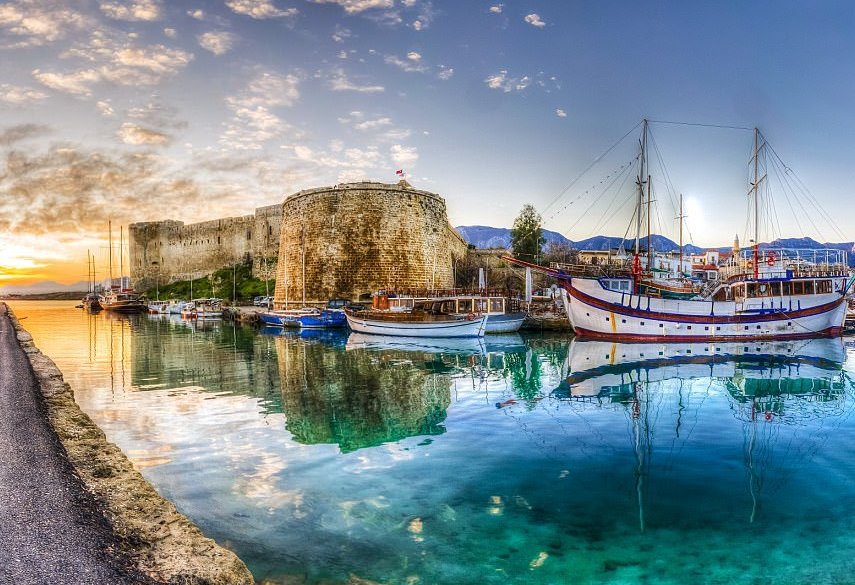 The city of Girne is located around a small bay, pressed to the sea by the Kyrenian ridge. The old Kryeni harbor from the north is protected by an artificial breakwater, and over the entrance to it hangs the mass of the Kyrenia fortress. All the main attractions of Kyrenia are located in the old harbor area.

Bellapais Abbey is called the most striking example of the medieval gothic architecture of North Cyprus. Its foundation is attributed to Hugh III – the first king of the Lusignan dynasty. It is located just 20 minutes from the city of Kyrenia (Girne), in the picturesque foothills of the Beshparmak Ridge, in the village of Bellapais. Bellapais Abbey is an architectural monument of world significance.