The castle of Kantara and the cave of Incirli 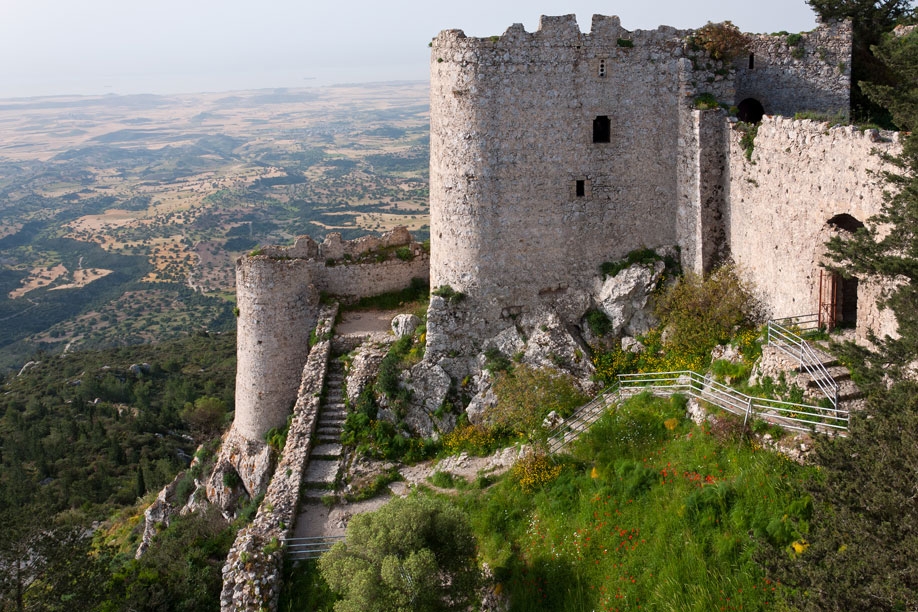 The castle of Kantara, together with the castles of St. Hilarion and Buffavento, was part of a chain of fortifications along the northern coast of Cyprus. In historical chronicles, the castle was first mentioned in connection with the seizure of the island of Cyprus by Richard the Lionheart in 1191. The castle is located at an altitude of 630 meters above sea level. You will see the picturesque ruins of a medieval castle and incredible views of the Bay of Famagusta, the northern coast of the island and the peninsula of Karpas. Several legends are associated with the castle. One of them says that there is 101 rooms in Kantara Castle, and those who find the first one will go straight to Paradise. But the most interesting legend is about the Queen of Cyprus Caterina Cornado, whose ghost can be seen on one of the surviving towers. Leaving the castle at dusk, look around. Perhaps in a narrow window on the viewing platform you can see the silhouette of the last of the Lusignan dynasty, who ruled Cyprus for 300 years.

On the way to Kantara Castle you will visit the largest cave in Cyprus – Incirli magara – a plaster cave of natural origin, named after the fig tree, behind which the entrance is hidden. The cave was formed 5 million years ago. The total length of the cave is 311 meters, today 70 meters is fortified, illuminated and open to visitors. The cave is rich in stalactites, stalagmites and stalagnates.